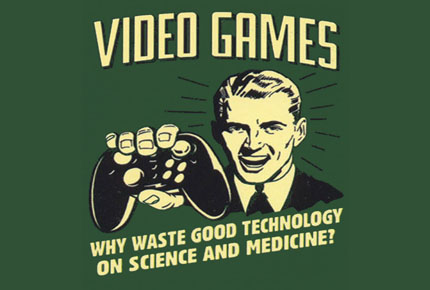 The Information Age can be viewed as the age of Computer Games with a game viewed as an interaction between a set of players according to a given set of rules with the purpose of winning the game according to a certain measure, and a computer game a game supported by computers, which may also act as players.

The interaction between the players of a game results from cause-effect feed-back, where the action of one player at a given moment in time is followed by a reaction of another player. This is the ping-pong feed-back of table-tennis or tennis, with two players alternating to hit the ball (followed by alternating head-twists left-right by the spectators).

Games have shown to attract the minds of many people and young people in particular, by a combination of feed-back and competition, which keeps the interest so effectively that addiction is a real danger.

Today,  computer games open new possibilities in learning by contributing the most essential aspect in all learning: feed-back. Learning is basically trial-and-error and trial-and-error involves feed-back. In the traditional school system with one teacher serving many students, this is a very limited resource which degrades the efficiency.

Interactive simulation allows the user to give input upon output from the simulation, that is to give and receive feed-back, and thus opens to formation of a large variety of new educational games increasing learning efficiency.

MST teaches interactive simulation and thus can be described as

with realistic physics including:

You find more aspects as

or as adventure games: